Ellen and I are both right-handed. Extremely right-handed, one might say. We decided to challenge ourselves this week by being as left-handed as possible (barring important things like work and signing checks and such).

So, what happens when you spend a week using your non-dominant hand? (I’ll be doing rolling updates throughout the week, just to keep things interesting)

After a pretty relaxed day hanging out with friends, we decided to come home and break in our new fondue pot. I promptly cut my finger open slicing bread. 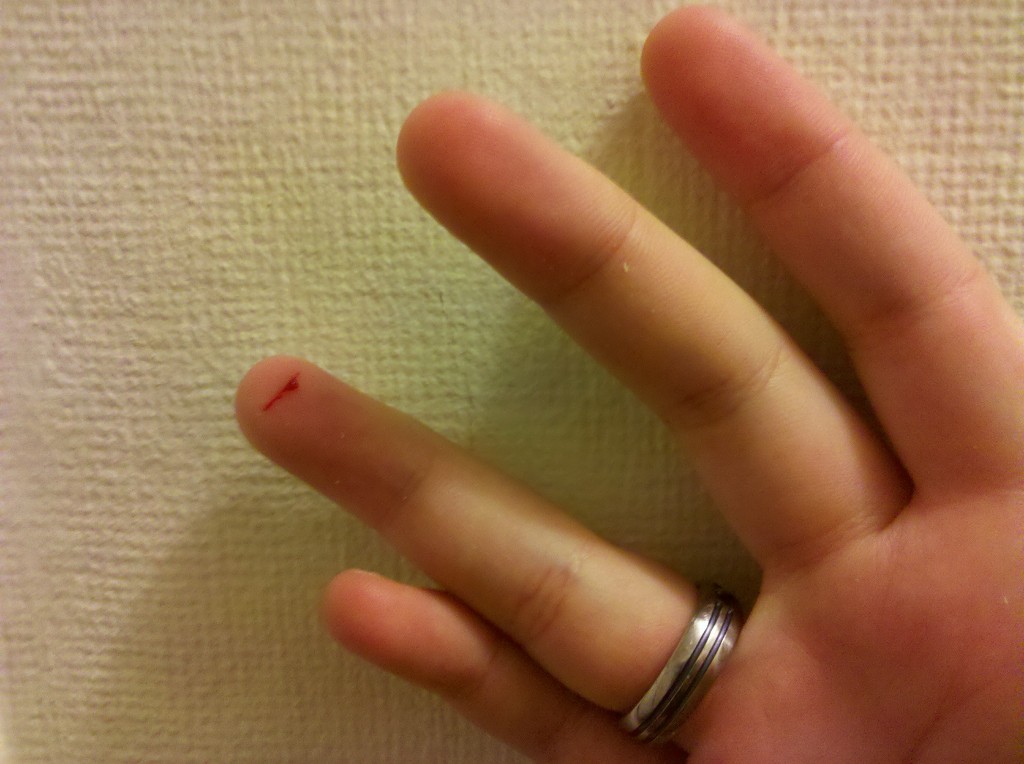 Left Hand: 1, Right Hand: 0. I did get to use a sweet Transformers band-aid, though.

While working on part of Dropbox’s Dropquest, I found myself face to face with a Sudoku puzzle. Solving it on the computer proved annoying (they substituted the usual numbers for nonconsecutive letters), so I copied it out onto a piece of paper to solve. The results were messy, but legible. 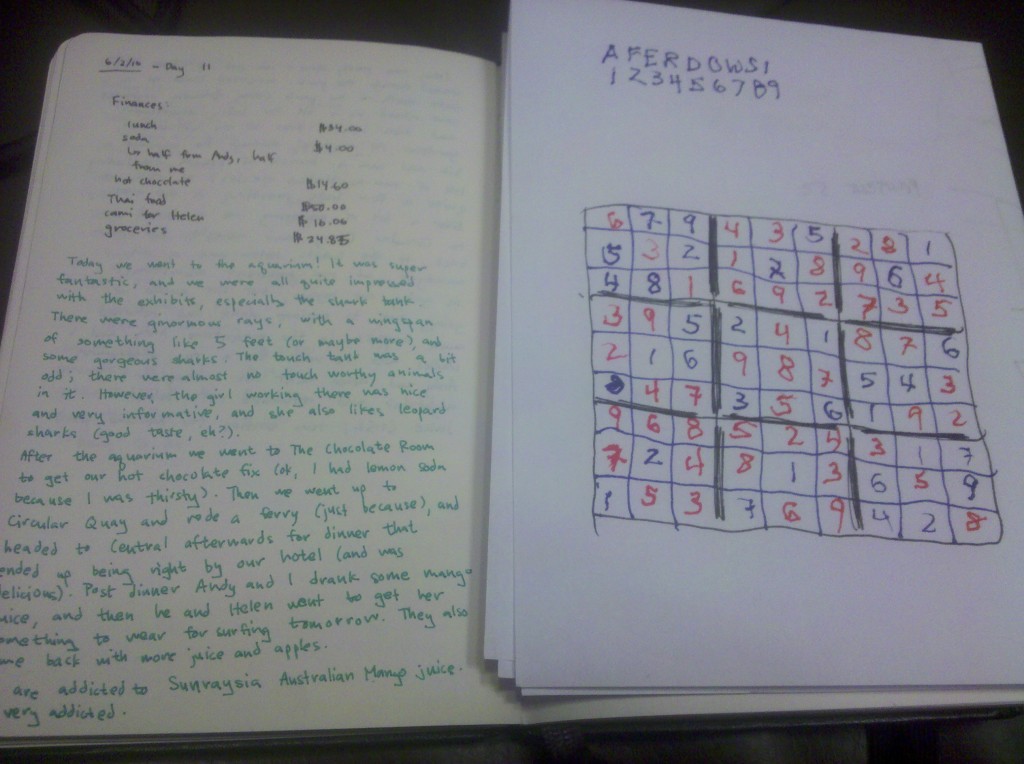 Compare my Sudoku puzzle to one of my notebook entries (notes from my trip to Sydney for the OCEANS'10 conference, if you're wondering). There weren't any injuries, so I'm going to count this as a victory.

Even our kitchenware is right-handed! Cooking has become somewhat awkward, due to the combination of right-handed spatulas and natural right-handedness. I can see how this would be annoying even if I was naturally left-handed.

On the positive side, I have perfected the art of chopping things left-handed. Or at least mastered not injuring myself.

Washing dishes is also a little tricky, and things haven’t been getting quite as clean as I would like. I didn’t really think about dish washing as having a handedness, but it clearly does. Getting everything really clean is taking a lot longer because I’m slower at it and have to double check everything.

Fortunately, my computer is pretty ambidextrous, since I mostly use it for typing. My smartphone is also reasonably easy to use with either hand. I have noticed that many apps right-justify buttons, making using my phone entirely left-handed somewhat aggravating. I’ve switched from using only my right hand to using both hands whenever I am interacting seriously with it.

The week is winding up, and I haven’t been running into other big changes in my life. Small things like brushing my teeth, unlocking doors, and combing my hair are still clumsy and a little challenging, but not undoable. Cooking has become manageable but annoying, and I’ve been eating a lot of sandwiches and finger foods so that I don’t have to deal with our kitchen (and the subsequent dishwashing!).

At this point I can safely say that I do not want to injure my right hand in any way, because my left-handed fine motor skills are questionable. Nonetheless, I am confident that if something like that were to happen that I would be able to cope just fine. Albeit clumsily…

This entry was posted in project52 and tagged ambidextrous, injury, left-handed, one new thing, project52. Bookmark the permalink.