We started out watching one thing: what do people do when they enter the cafe? We focused on if they knew where the counter was, if they knew what they wanted to order, and how they interacted while waiting for their drink. 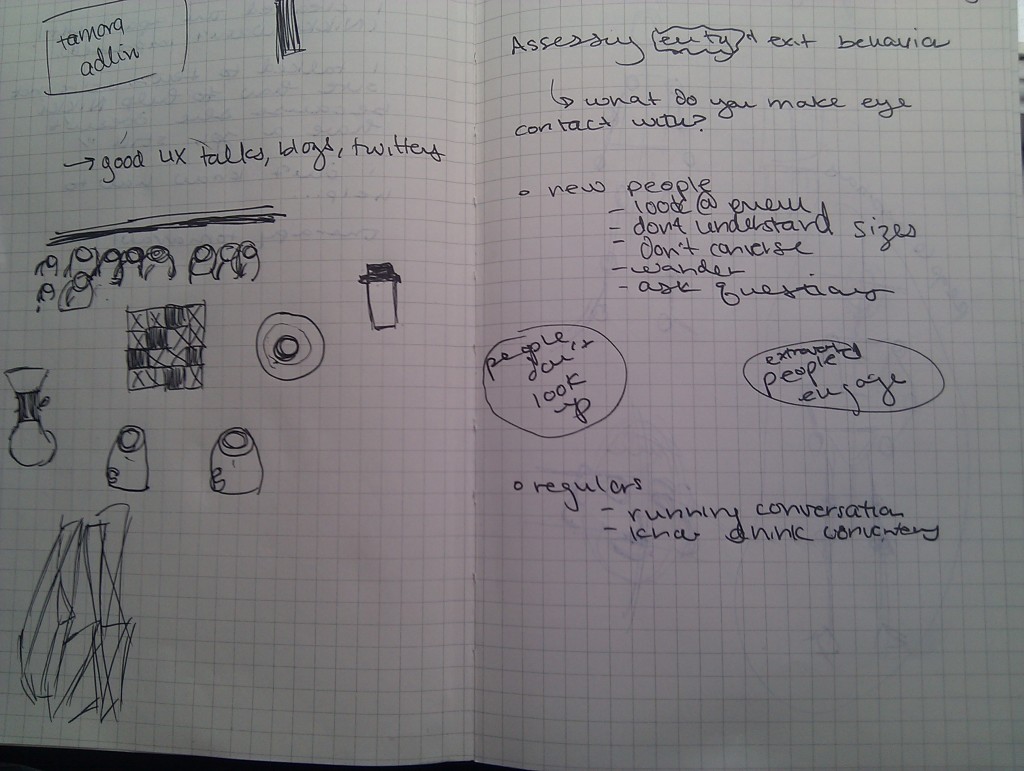 We noticed that there are differences between regulars and new customers. Also, since we were in a balcony it became obvious they didn't look up.

We also realized that individuals who were regular coffee drinkers were better at seeming nonchalant, if not friendly. For instance, we had a hard time discerning if quick orders of “12 oz nonfat latte” were regulars, or just knew how to unambiguously order coffee.

Moving on from people watching we also learned it was good design inspiration for further conversations. For instance, we practiced drawing people (Nikki knows how, and tried to teach me).  Additionally, we started talking about the color of the coffee cups in the shop, and realized it was the same shade of blue that we used for GateHopper, and that it was really similar to the blue used for Twitter, Foursquare, and other startups. This inspired us to make “Startup Colored pencils” as shown in the next entry. 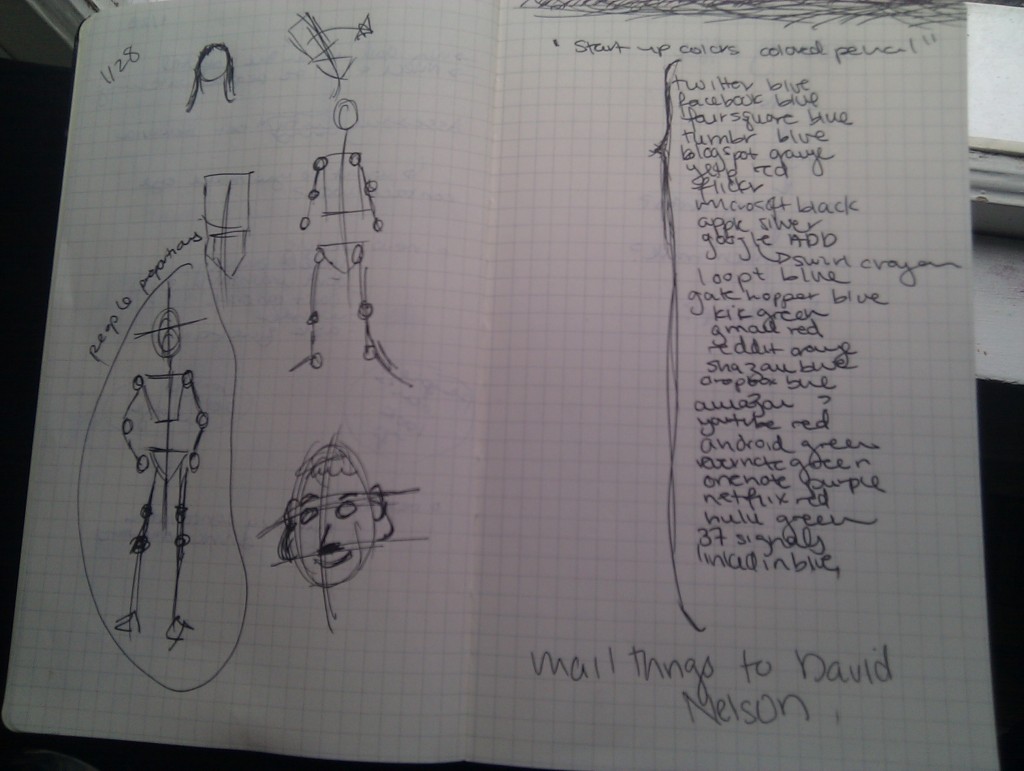 We practiced drawing people, and made a list of start up companies and their associated colors.

This entry was posted in project52 and tagged design, one new thing, people, project52, user studies. Bookmark the permalink.

One Response to Week 4: People-Watching