Ok, we’re skipping around a bit. It’s been particularly chaotic in the last couple of weeks because both of us have been gone so much (between us we’ve been in Portland, San Francisco, New York, and Pennsylvania in the last 4 weeks!).

Despite our chaotic schedules, we make sure to take some time to have fun. It’s a moderately well known fact that we have apartment theme music, by an artist known as The Ready Set. We even picked a specific apartment theme song. Really, you should go listen to the song. It’s excellent context for the rest of the post. 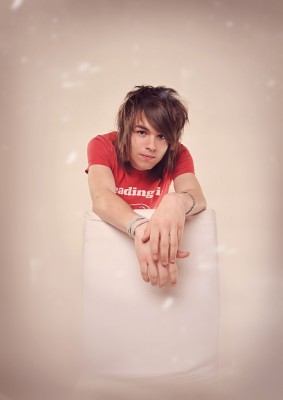 Here's a picture to look at while you listen to the song.

When we found out that The Ready Set would be playing a show in Seattle, we got moderately excited. Then we convinced fellow adventurers Tom and Alan to go to the concert with us, and bought tickets for the whole team.

If you listened to the song and looked at the picture (or read the title of this post), you may be thinking the same thing Alan asked us: Will there be a bunch of teenage girls at the concert?

The answer to that question is “Yes. Yes, there will be a bunch of teenage girls at the concert.” 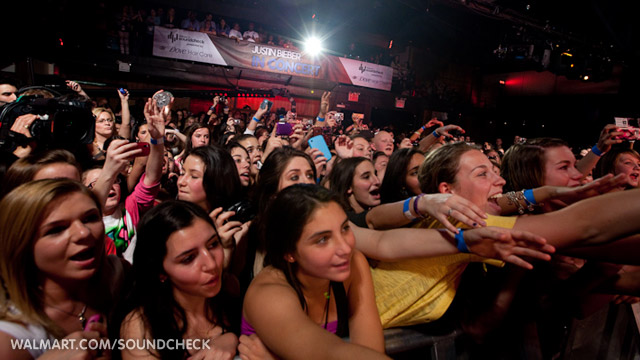 It looked at awful lot like this, but with less Justin Bieber. (photo from kindofadraag on Flickr)

It was unlike anything either of us had experienced before. There were screaming high school girls. There were even screaming middle school girls. Most of them were filming the action with their cell phones and their Nikon Coolpix cameras. The crowd was extremely excited about everything, and it really added to the energy of the show. There were sing alongs, and bouts of hopping up and down that made the floor shake, and at one point someone threw glowsticks into the audience (I got nailed in the face with one).

Ellen and Alan were particularly taken aback by the horde of enthusiastic teenyboppers, but I personally thought it was great entertainment. The performers did a pretty good job of putting on a show (and sounded better than I expected) and having an excited crowd really adds to the experience. Besides, how many opportunities do you get to watch high schoolers in matching self-decorated shirts arguing over distribution of the posters they’ve collectively purchased?

(Also, where were these kids’ parents?)

This entry was posted in project52 and tagged music, one new thing, people, project52. Bookmark the permalink.