We got behind, and it was terrible. But we’re making up for it! This weekend we joined our friend Dana on a glorious snowcation* to Sunriver, OR. This allowed us to pursue classic winter activities like reading in front of a roaring fireplace, playing cards with friends, and falling into snow banks.

Our first full day was pretty relaxing – we drove to Sunriver from Portland with Dana’s friends and spent the evening socializing and learning how to play cribbage. It’s a pretty fun game, if you haven’t played it before, and balances luck and skill pretty well. One of our new friends even set up a double-elimination cribbage tournament. Even though we had just learned the game Ellen and I somehow ended up duking it out for the title**. 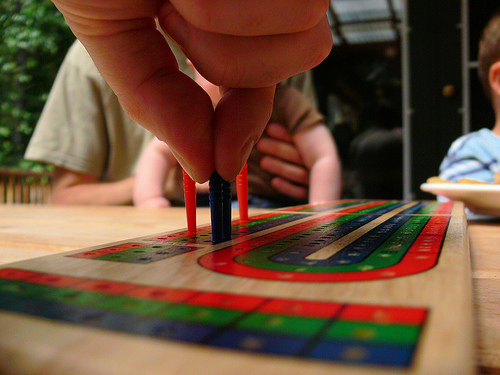 Look at how much fun these people are having playing! (photo by hroslyn on Flickr)

The next day we drove out to Mt. Bachelor and hit the slopes. Ellen and I aren’t exactly avid skiers. She’s gone exactly once before and never left the bunny hill, and I’d never skied at all. We believe in the principle of Do-Learn, though, so we gamely strapped on skis and followed our friends (they knew we had no experience, in case you’re getting worried). 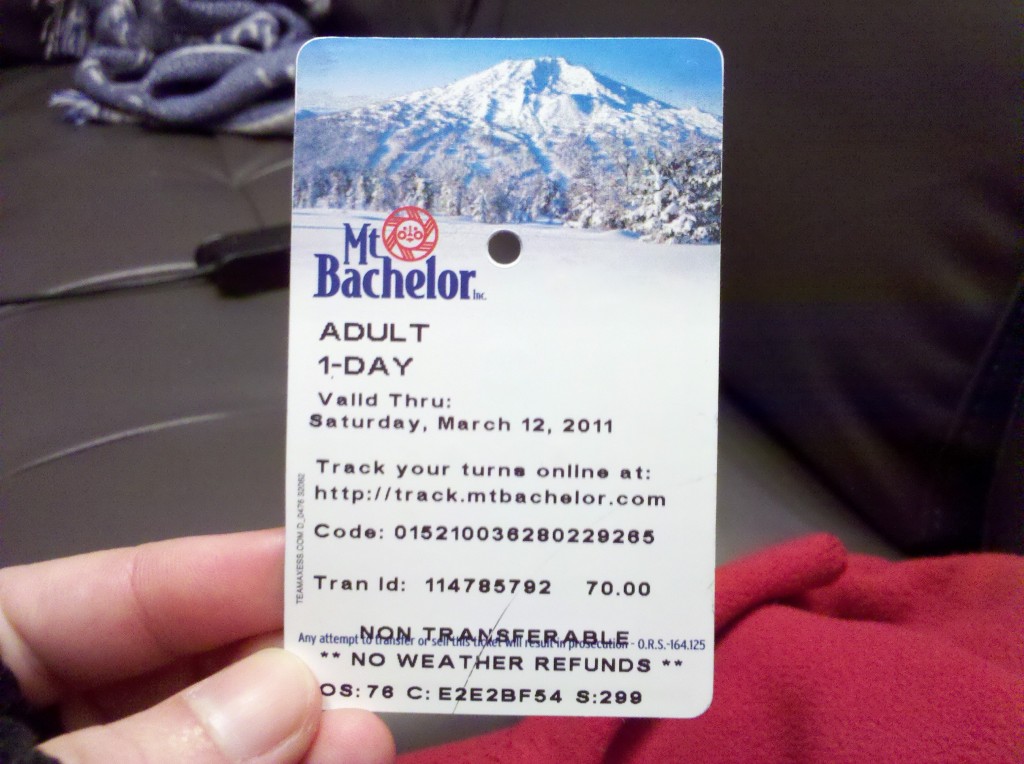 Proof that we did, in fact, go skiing. Nobody brought a camera on the slopes so it's all I've got.

Despite our inexperience and a certain lack of skiing finesse, our friends decided to take us down a (relatively easy) trail. We made it all the way down to the top of the bunny hill, and then parted ways so that they could ski some more difficult trails and enjoy themselves more. It ended up being a pretty interesting experience: I learned that skiing is difficult, occasionally terrifying, and very fun. I would definitely try it again (although maybe keeping to the bunny hill a little longer). 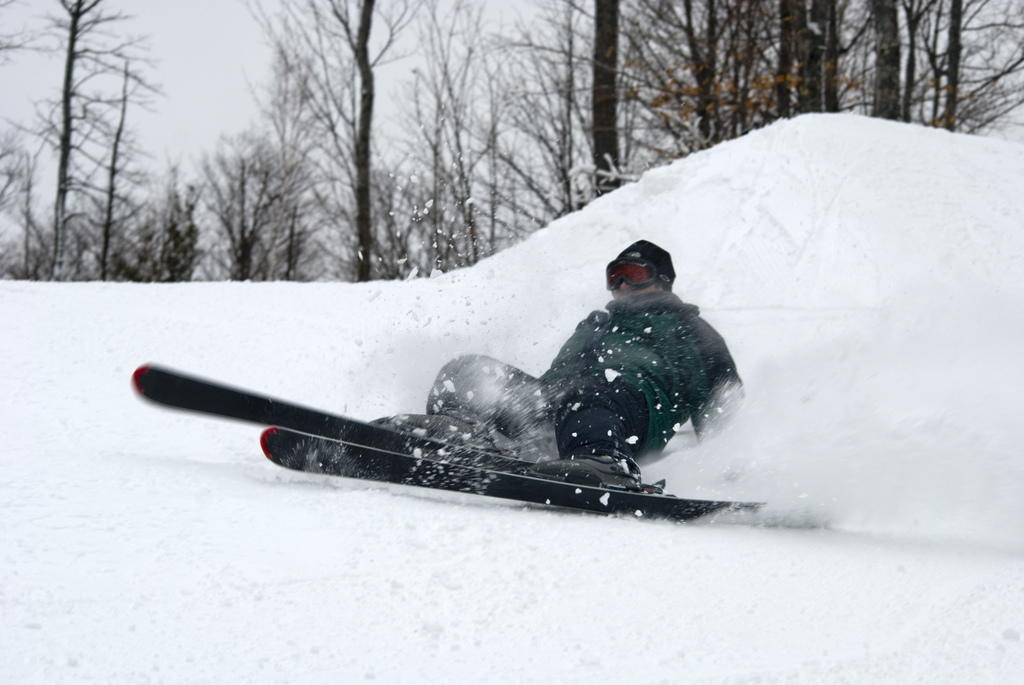 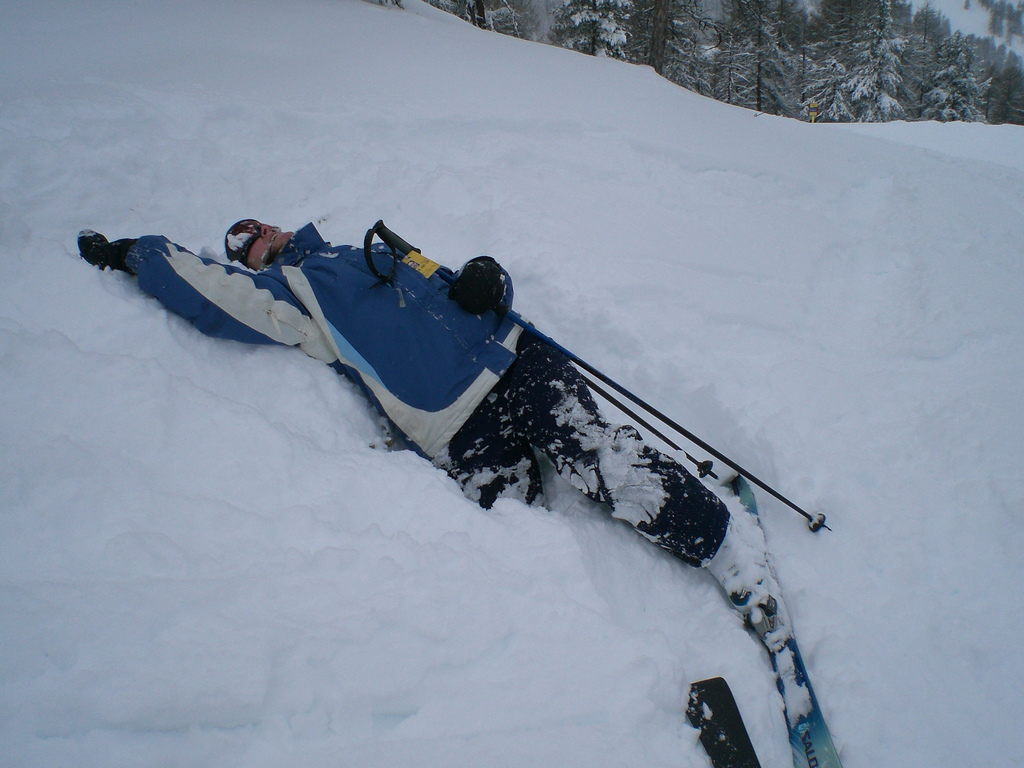 Ellen spent a lot of time looking like this. Especially the part where she crashed hard enough to knock her skis off. (photo courtesy of michellebflickr on Flickr)

* snow + vacation = snowcation (clever, yeah?)
** she defeated me handily, if you were wondering